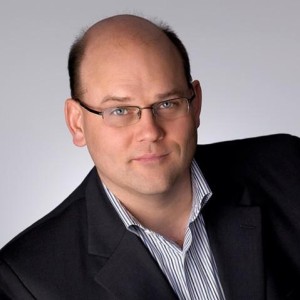 With "green shifting" the message of a status report will improve the more management layers it goes through.

In written status reports information will “green shift”. The message of the report will improve the more management layers it goes through between the source and the final recipient.

What is Green Shifting?

In physics there is the concept of red shifting and blue shifting: red shifting occurs when a body is moving away from you (the wavelength of the light increases) and blue-shifting occurs when a body is moving towards you (the wavelength of the light decreases). This is useful input for determining the speed and direction of something. In project management we have green shifting which occurs when people rework the information contained in status reports to make them more politically palatable to their manager.

Several years ago I was involved with a seriously challenged initiative. In my weekly status report to the project manager I would very bluntly list all of the problems we were experiencing. Strangely, even though myself and several others were clearly documenting the problems, all of which were out of our control, nothing ever seemed to happen. After a few weeks of this I ran into the CIO and she congratulated me on how well the project was going. I was surprised, and told her that the project was in serious trouble and summarized the critical issues for her. It was news to her.

After a bit of investigation, we discovered that although myself and team members had been reporting the serious problems that the team faced, when our project manager summarized our reports he decided to put a better spin on it and reported that the team found the project challenging. His manager in turn reworked it in his report that the team enjoyed the challenges it faced. This was the status which the CIO received.

The problem is that the project status “green shifted” as it rose through the various levels of management. The people on the ground were very clearly reporting a red status, our project manager wanted to play it safe so reported yellow status, and his manager was more political yet and reported green status.

How Can You Avoid Green Shifting?

In this organization the only way the CIO could find out what was really happening on the project was to go to the source. She couldn’t trust the status reporting hierarchy within her organization which was why she struck up a conversation with me to begin with. Experience had told her that traditional status reporting wasn’t going to provide an accurate picture of what was actually happening, but at best provided a sanitized version.

There are several strategies that you provide more accurate status reporting:

I believe that green shifting is a significant contributor to project failure within many traditional project organizations. If senior management is unable to find out the true status of a project, then they will be unable to bring resources to bear to fix the problem(s) before it’s too late. Or, worse yet, they don’t find out about the “walking dead” projects which have no hope of success and therefore should be cancelled immediately; instead these projects struggle along for months wasting resources and destroying morale.

To summarize, in written reports information will “green shift” the more political filters it goes through between the source and the recipient. But, if you adopt more effective status reporting strategies you quickly discover whether management can actually handle the truth.